Rose Namajunas is one of the best female MMA fighters in the world and always puts on a show when she fights. Her nickname is ‘Thug Rose’ but her personality outside the cage couldn’t be further from this description. She is consistently respectful to the her opponents, coaches, and prides herself on being a true martial artists.

In 2017 she took part in Women’s Health’s “Naked in 3 Words” Campaign. This campaign looked at various famous other prominent female figures viewed their own nu bodies.

Rose Namajunas Nude photo shoot was not the first time a female MMA star has posed naked for a photoshoot. In 2012 Rhonda Rousey featured int he Body issue of ESPN magazine

My naked body is … the story of my whole life. There’s a lot around us that we can’t control, but my body, my mind, and my soul are pretty much the only things that I can. All the scars on my body, all the bumps and bruises, all the muscles – that is a story of everything I have done. And it’s not just my story. My ancestors who came before me gave me this vessel to sculpt and mold.”

“I have a middle finger that was jammed in one of my craziest fights, and it looks like a swollen turkey to this day. There’s a bone chip that’s in there, and it’s a reminder that this finger contributed to my fight, and to my beautiful house, to everything in my life. It might be ugly, but it’s mine and I love it. I’ve got some big old knees, big old feet. I could nitpick, but at the same time, I think it’s all friggin’ beautiful. 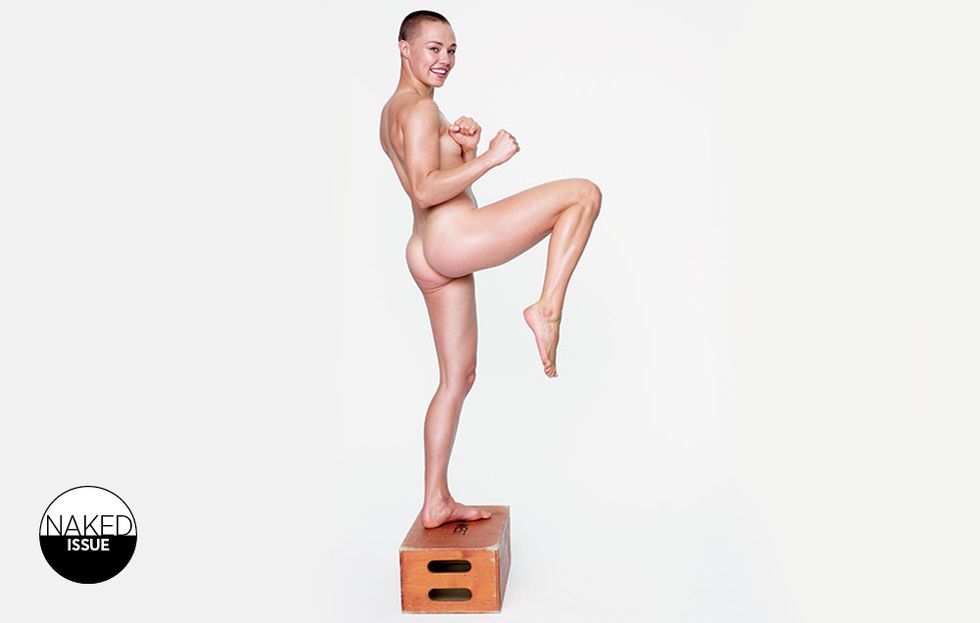 Do you compete regularly? Maybe you are you one of the many Jiu-Jitsu players that …
More