The 7 5 3 code is a Jiu Jitsu code of honor and set of ideals developed by the Valente Brothers, who are a well-known family of Brazilian Jiu Jitsu practitioners. According to the Valente’s, the code is a lifestyle and approach that helps us to live a more balanced life, physically, emotionally, and mentally. The 7 5 3 code is primarily aimed at martial artists and Jiu Jitsu practitioners but is generally applicable to anybody interested in self-improvement.

The 7 5 3 code is very much influenced by the Bushido codes of honor that dictated the samurai way of life. Bushido refers to the code of moral principles observed by ancient Japanese warriors. The code was a form of warrior chivalry that bound the samurai together on a righteous path. The 7 Virtues of a Warrior

The 7 Virtues of a Warrior help to guide the jiujiteiro in his interactions with others. With these virtues in mind we can hope to do right by others and ourselves, and not allow our training to falsely inflate our ego, sense of power and importance.

The 5 Keys to Health

The 5 Keys to Health assist us in ensuring that we are at our most physically fit, so our training does not suffer.

The 3 States of Mind

The 3 States of Mind guide our inner relationship, so that we will think with clear mindedness and wisdom.

Who are the Valente Brothers?

The Valente Brothers are a family of Jiu Jitsu practitioners that span  three generations. Dr. Syllo Valente and his brother, General Eliezer Valente first came to hear about Jiu Jitsu through a Japanese friend in 1920’s. When Carlos and Heilo Gracie opened their first academy in Rio in 1952 the Valente’s were among some of their first students. Dr Syllo also registered his son Pedro Snr. Pedro Snr would go on to become a good friend of the Gracie family and was awarded a red belt in 2011. His has three sons Pedro Jr, Joaquim and Guilherme who are commonly referred to as the Valente brothers. The 3 brothers are all black belts and run Valente Brothers Jiu-Jitsu Miami. They are also responsible for the development of the 753 code and have recently announced the release of a book which explains the code in more detail. 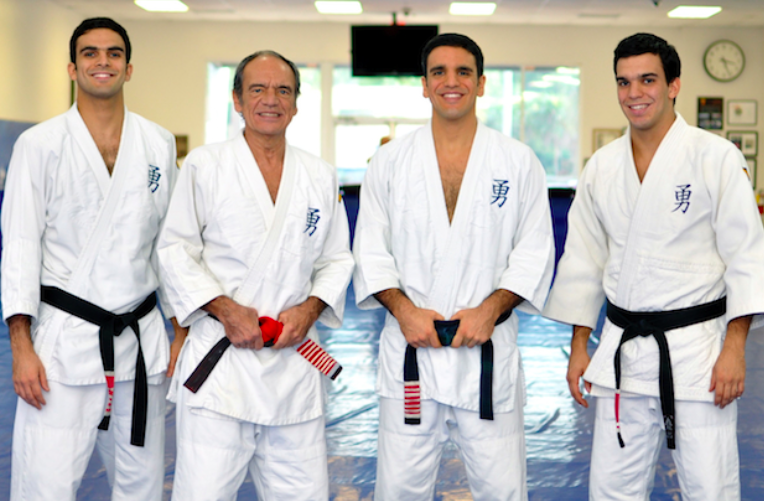 What is the meaning of Bushido?

Bushido is a collective term for the many different codes of honor that were observed by the Japanese Samurai. These codes were first formed in the early 16th century and went on to evolve over the subsequent centuries. In general Bushido refers to values that most commonly cover righteousness, respect, sincerity, frugality, obedience, martial arts mastery, self-sacrifice, and honor until death. These ideals dictated everything that the Samurai did in their life. In some cases, such as during the under the Tokugawa shogunate, many aspects of the Samurai Bushido were formally written into Japanese feudal law.

The Bushido way of life is similar to the concept of chivalry that was obeyed by medieval knights. It was developed as a way of maintaining order and rule in a civilized society. The Samurai were skilled warriors who required a code to bound them together and ensure that they stayed on a righteous path. With great Power comes great responsibility and their Bushido code was a way of keeping the power of the Samurai in check and ensuring they lived a responsible life. With the popularity of BJJ increasing every year, we regularly see tabloid pieces about celebrities …
More